An AGM can tend to be a bit tedious but not that of the WDPC. This year we had much to celebrate, both as a club and individually. WDPC came first in the Cambridge Camera Club interclub competition, second equal in the EAF interclub competition and were selected to represent the region at the national (PAGB) competition. Individually we had a record number of acceptances at EAF exhibition, including a judges award, a member won the best in competition at Cambridge CC, several members continue to gain acceptances at BPE and additionally we now have five club members who have gained their CPAGB distinction.

At the meeting we also presented trophies and certificates to all the winners of both print and digital internal competitions together with cups for the Image of the Year.
After the reports were given and the election of a new committee we watched a slide show of the high scoring images throughout the year and one from all the year's outings. Not to mention consuming a very tasty buffet.
The final celebration was for three members who celebrate their three score years and ten over the next few weeks. Congratulations to all three and thanks to the superb bakers. 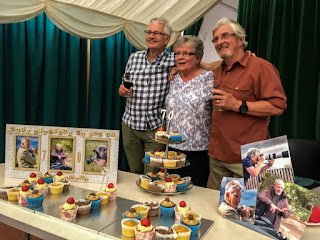 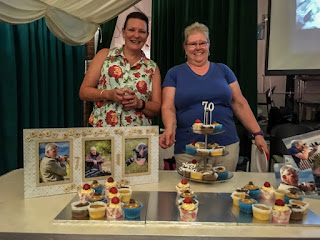